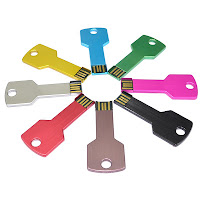 USB flash drives are a cheap and portable way to back up files and move them around between machines. But as cloud storage becomes cheaper and WiFi more accessible, flash drives aren’t as necessary as they once were. You probably now have a couple sitting around in a drawer that rarely ever get used. If you want to breathe new life into your old USB flash drives, here are ten things you may have never known they could do. 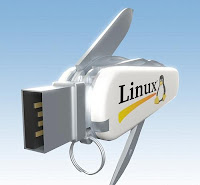 Most Linux distributions can be booted from live CDs as a means of trying them out before giving them a full install. In recent years, the trend has shifted towards creating live USBs instead. You can download the appropriate software for your distro of choice and burn an image to your flash drive, creating a means of testing out and installing Linux that is more durable than a CD-ROM. USB drives can hold more data than CDs, allowing you to boot up distros that are too large to fit on a disk. 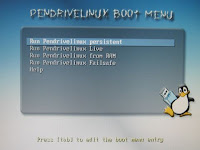 If you want something more permanent than a live USB, which do not save any changes you make, you can install several distributions directly to your flash drive. This way you can boot up your own personal operating system on other peoples’ computers and still have access to the files you’ve created and the programs you’ve installed. Pendrivelinux is one option, but at this point in time, even the major distributions such as Ubuntu supported persistent booting.

PortableApps.com allows Windows users to bring their favorite programs and files with them on a flash drive without having to boot into a new operating system. When you plug in your flash drive, you can open what amounts to a separate, portable “Start” menu. Not every application is supported, and you may still have to transition to using open source applications to fully take advantage of Portable Apps. If you would prefer an alternative, there’s also LiberKey and winPenPack. 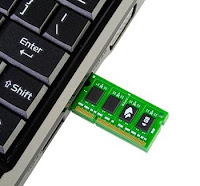 In a case where you have a computer that’s slowing down and a flash drive with extra space, you can use the latter to give the former a speed boost. Using a flash drive to provide your computer with extra memory helps it to manage applications better, giving you a faster experience. Microsoft provides ReadyBoost as a means of speeding up your computer using your flash drive as RAM under Windows.

Installing Parted Magic to a flash drive helps you more easily re-partition your computer’s hard drive. Partitioning is difficult and dangerous to do when an operating system is running from the hard drive in question, but booting from a flash drive removes some of risk and makes the entire process much more straight forward. 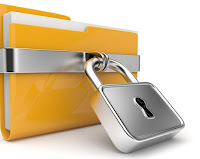 You can turn your entire flash drive into an encrypted partition as a means of keeping private files safe from prying eyes. You also have the option to have your flash drive boot normally but containing a separate partition that encrypts any file placed in it. For an extra layer of security, you can also password protect your encrypted partition. Bitlocker To-Go makes this easy to do.

If you don’t feel that using a password alone is secure enough, and your computer doesn’t have a biometric scanner, you still have alternative options for securing your computer. Just turn your flash drive into a key and set your computer to only unlock when the drive is plugged in. If you use Windows, Predator is a popular tool for making this happen, but it’s not the only one out there. 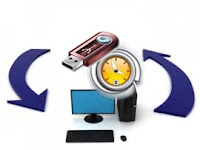 You probably manually drag and drop files onto your flash drive, but there is a simpler means of transporting files. By automatically syncing files between your computer and your flash drive, you can make a it nearly as convenient to use as Dropbox or Google Drive. SyncToy and SyncBack SE are two Windows tools that can make this happen. GoodSync2Go is a solution that works with Mac OS X.

USB flash drives are immensely useful tools capable of fixing computers and booting operating systems. They drop in price each year at the same time that their storage capacity continues to double, making them great for any tech enthusiast on the go. And if all else fails, they’re still good for storing files, too.
What other uses do you use USB drives for?
If this post helped you, please share it to help others.
Feel free to let me know your own opinions and experiences of these tips by leaving your comments below.
From www.maketecheasier.com