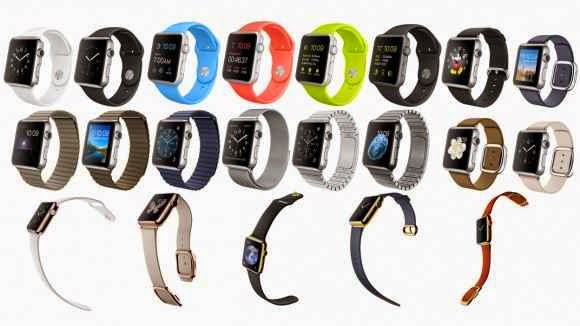 Android Wear is intended to provide “information that moves with you” and so far it lives up to that promise. It puts the entire world inches from your suddenly-free fingertips.
It doesn’t just tell the time. The wearable operating system makes suggestions based on time and it factors location into its context-sensitive data.

The best everyday habit example involves riding on a bus and seeing a Google Maps-powered notification countdown to an unfamiliar destination. “4 stops to: Jackson St.” intelligently reads the watch. The scary guessing game is taken out of a public transit commute.

The new technology also tips off wearers to dangers that lurk, as demonstrated in Google’s first Android Wear video. A “Jellyfish warning” prompt can be seen with a surfer’s flick of the wrist.

A relevant list of nearby beaches saves the video’s early adopters who can surf without worrying about the sting of the boneless and brainless ocean creature. Yes, it could save your life, or at least save you a lot of pain.

All of a sudden, digging that rectangular smartphone or, worse, phablet out of your pocket and pulling up a much more involved map or notification app seems so pedestrian.

The Android Wear smartwatch selection is expanding, but you can only buy the LG and Samsung models right now. Motorola, Sony and Asus watches are coming soon, and LG has another up its sleeve.

Android Wear shows more promise on day one than Google Glass has in its year of availability because it’s not a stretch to imagine donning Moto 360, LG G Watch or Samsung Gear Live.
Since only two of the three watches have released, there are still plenty of questions left to be answered about its future, especially its battery life going forward.

Then there’s the question of iOS compatibility. Would Android-powered watches ever be able to connect to an iOS 8 device? Google has made plenty of its gadgets, app and services work with Apple’s iPhone and iPad hardware.

We’re looking forward to seeing how natural the “Okay Google” voice commands progress and if Google-owned Nest creates an Android Wear project of its own.