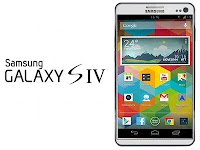 Often when in the midst of a major new smartphone release, Samsung provides prospective buyers with an opportunity to test out the new user interface by means of an online simulator, and with the Galaxy S4 perhaps being the company’s biggest release to date, it should come as no surprise that interested parties have once again been presented with the opportunity to test-drive the device. 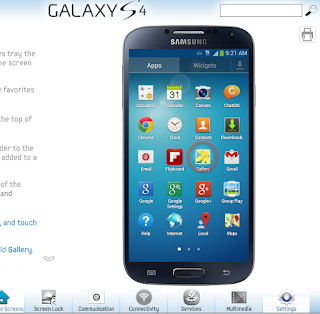 The simulator is rather limited in what exactly it will allow you to do, but at least offers a vague idea as to what it’s actually like to use the Galaxy S4. It can be accessed via the URL provided at the bottom of this post, and we’ve got all of the details coming up after the break!
Once you’ve utilized the simulator to acquaint yourself with the basic functionality of the likes of Swype, Google Now, Start Screen, Air View and S Voice, you can then try your hand at customizing the background of both the lock screen and home screen.
Unfortunately, you’re limited to a handful of assorted, predisposed backdrops (would be a bit cooler if you could apply your own), but seeing as it’s supposed to be an indicator rather than a fully functional hands-on of the software, it does as is intended. You can also check out the various modes of communication such as Gmail and ChatON, and there’s even a demonstration of the S Beam feature of those of you who love to share pictures and other content via Wi-Fi and NFC.
Of course, it’s not as smooth as the experience actually enjoyed on the latest Android 4.2.2 pre-loaded onto every new Galaxy S4, but by the end of it, hopefully you should have a better scope of what this device is all about and whether you should buy it or not.
Point your browser to: Samsung Galaxy S4 if you do wish to try out the simulator, and be sure to let us know of your thoughts by dropping a comment below!

1 thought on “Try Samsung Galaxy S4 for free : In Your Web Browser (simulator)”